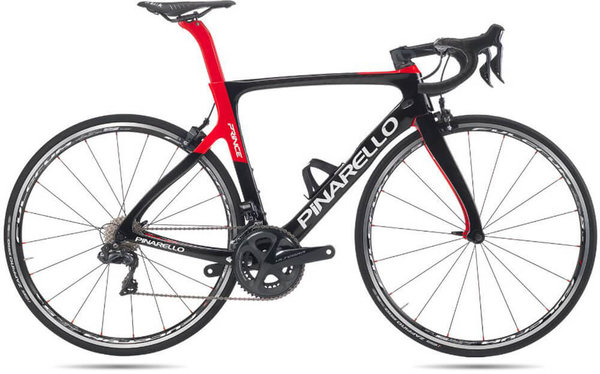 Pinarello might be the kings of incremental changes that add up to monumental advantages. Over the years, Pinarello has won the hearts of nearly every road cyclist with their bikes’ build quality, beautiful design, and consistent winning ways. It’s not a matter of being at the right place at the right time, but a level of consistent success unparalleled by anyone (or any brand) in the cycling world. The new Pinarello Prince Ultegra might not be a drastic change from the past, but it is part of a long line of incremental changes that make the Prince one of the best road bikes around at any price point.

The Prince essentially replaces the role that the Pinarello Gan S filled; namely, a high-end road bike whose proximity to the Dogma F8 and F10 was underscored by a consistently nondescript paint job. People in the know knew you were riding a Pinarello, but those really in the know knew you were riding what was likely the best bang for the buck in the entire range. The Prince continues this trend; it uses the same Toray T700 carbon and basic asymmetric frame philosophy, but it pulls plenty from the newest Dogma at the expense of some weight and ride quality. At the front is the Pinarello Onda fork, updated with the characteristic fork flaps also found on the F10. The downtube receives an updated Flatback profile to come much closer to the Dogma as well, with the tubes further optimized for aerodynamics around water bottles. The downtube also receives their E-Link design that places Shimano Di2 junction boxes in the downtube to be easily-accessible.

One of Pinarello’s biggest updates comes from an update to fit 28c tires with room to spare (typically, Pinarello rim brake bikes fit a 25c max). Combine this with Pinarello’s typically-Italian road bike geometry, and the Prince rides about as well as one would expect. While it lacks the agility of a Dogma F10, it still feels seriously responsive, whether by handling or out of the saddle. There’s still that familiar feel, however; it simply wants to race ahead and carry as much speed as possible. Few other bikes on the market match this bike’s level of performance in regards to sheer ride performance, and even fewer bikes share this bike’s level of useable technology.

* Subject to change without notice.